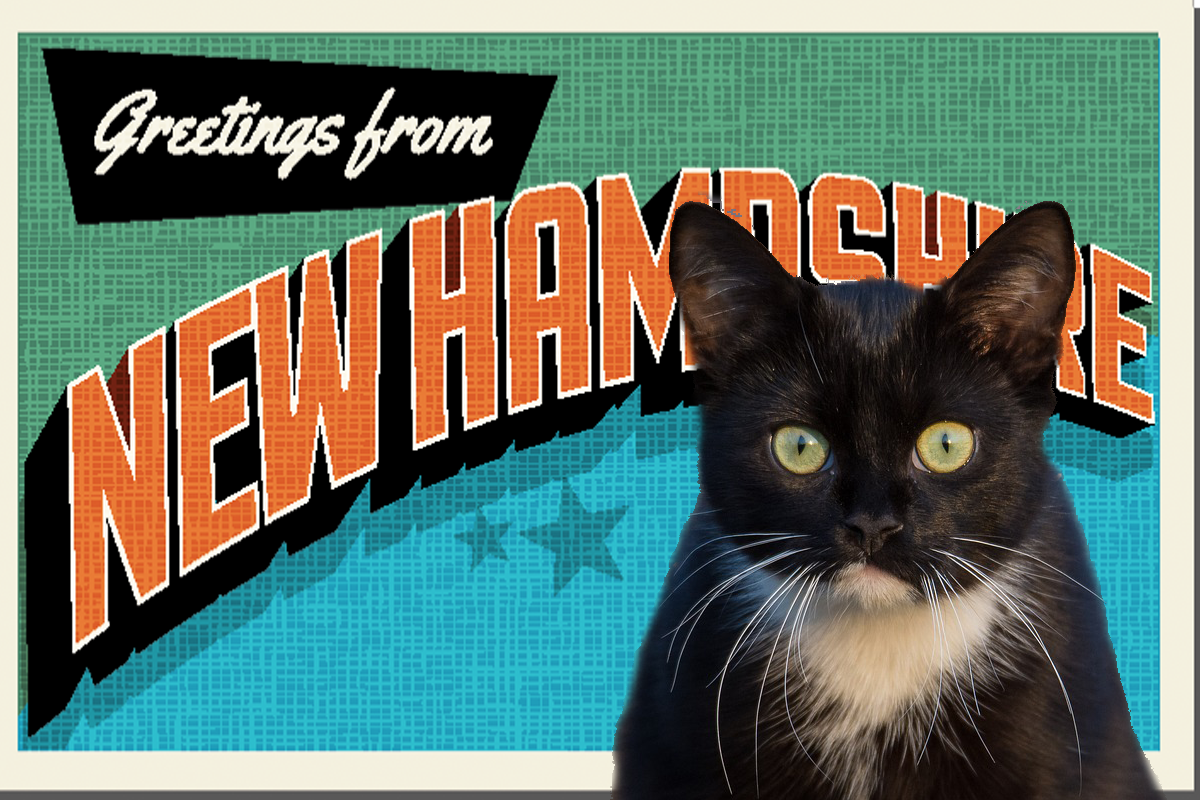 No one  is surprised   that New Hampshire isn’t among the first states to have a cat cafe.   With a population of under 1.4 million people,   the whole state is  smaller than many  large cities that have cat cafes.   What is surprising is that  New Hampshire will  have their very own cat cafe before many much larger states. That’s right, the first New Hampshire cat cafe will be opening very soon. 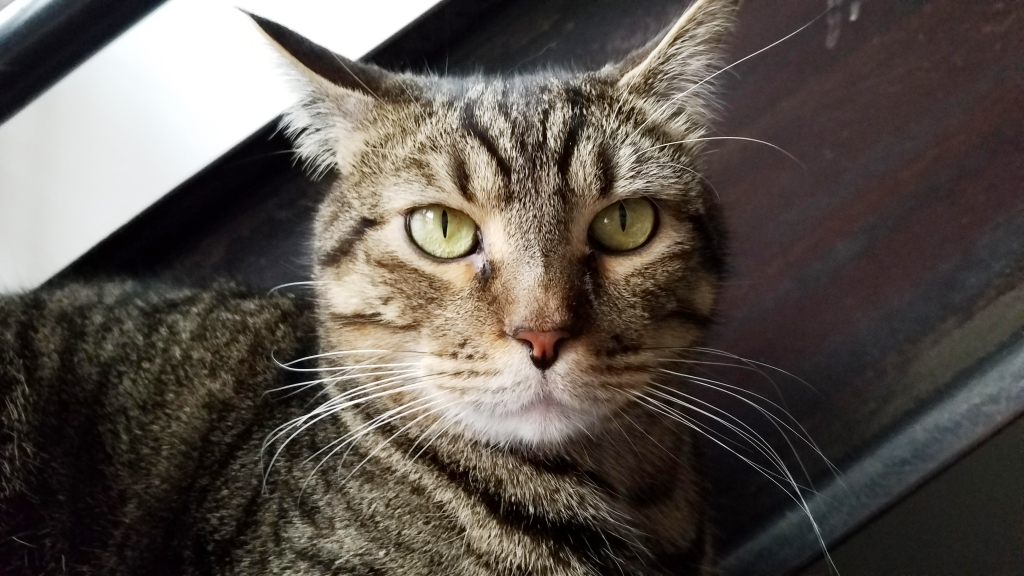 Live Free or Die! Of course  New Hampshire is full of cat people with a motto like this!

No question about it: New Hampshire has catitude. Only cat lovers could have a state motto like, “Live Free or Die.” Pure catitude! And it takes just a few facts about New Hampshire and its cats to purr-suade us that the state   will be tops  for cat cafes.   Stats  from the American Veterinary  Medical Association   (AVMA)   show  New Hampshirites to  be true cat people:

A very public expression of the state’s great love of kitty kats is found in the city of  Manchester’s Cat Alley. According to local lore, the alley first gained its moniker many decades ago when a man witnessed a tremendous cat fight. The actual cat art in Cat Alley first appeared over a decade ago and gradually filled the walls. If you’re a fan of street art (and cats) – check out the Instagram account of Ryan Baxter. 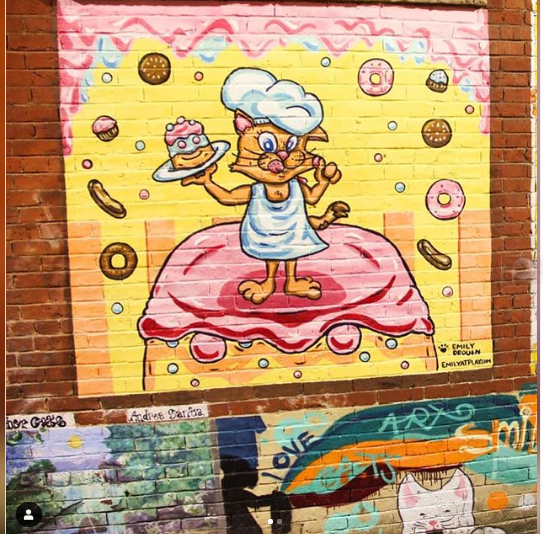 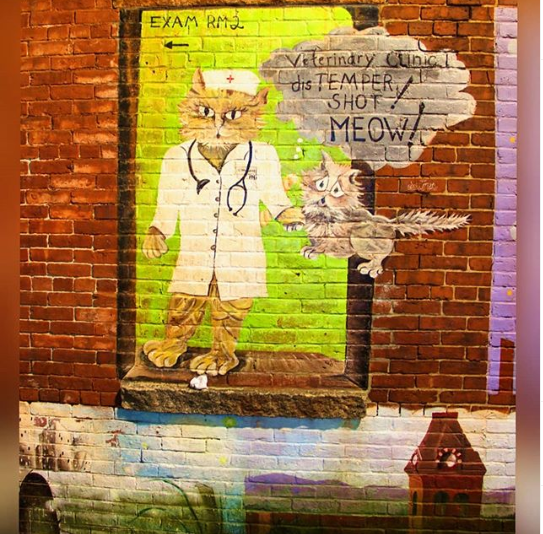 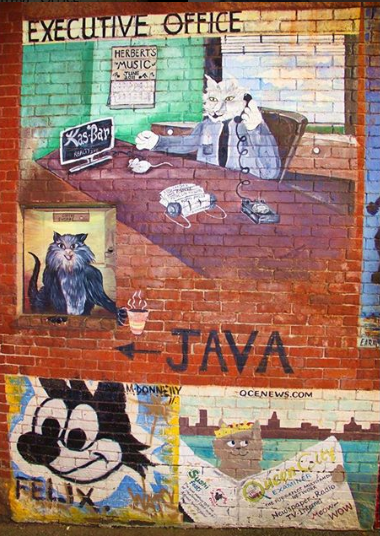 Be sure to keep an eye out for the Purrs & Pours pop-up cat experience brought to you by the New Hampshire Humane Society. The first Purrs & Pours was held in Laconia in May 2022. More pop-ups are planned this fall!

No results found in this location. Please try again.