You are here:
BlogPennsylvania 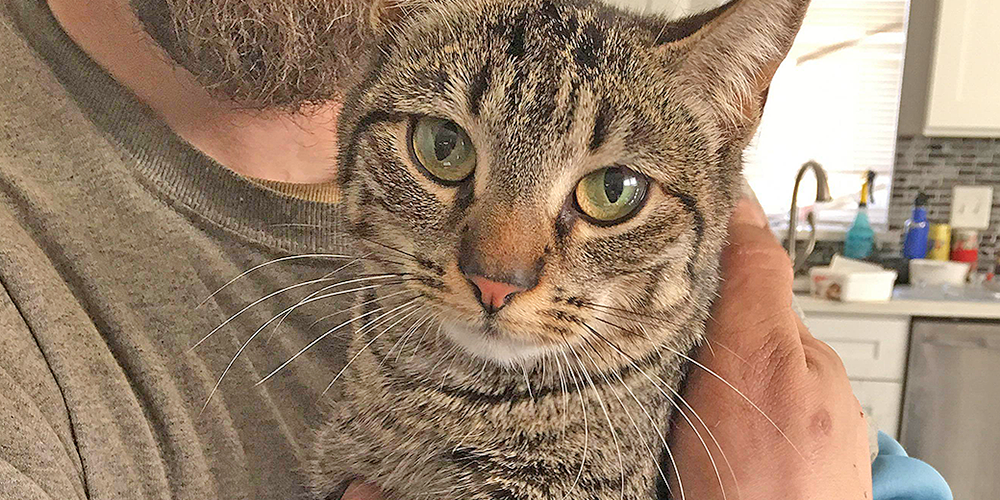 Talk About a Tall Tale! This Cat Rescue Story Has It All

Nothing could be more dramatic than a beloved family cat stranded on top of a forty foot telephone pole in the middle of the night. That is exactly what happened on cold a mid-March night in Philadelphia.

Just after midnight, neighbors in the Port Richmond area were roused by calls from the distraught family calling for their cat, Princess Momma. At some point, the tabby was spotted perched atop a telephone pole. And there she stayed, resisting all attempts to coax her down well into the night. 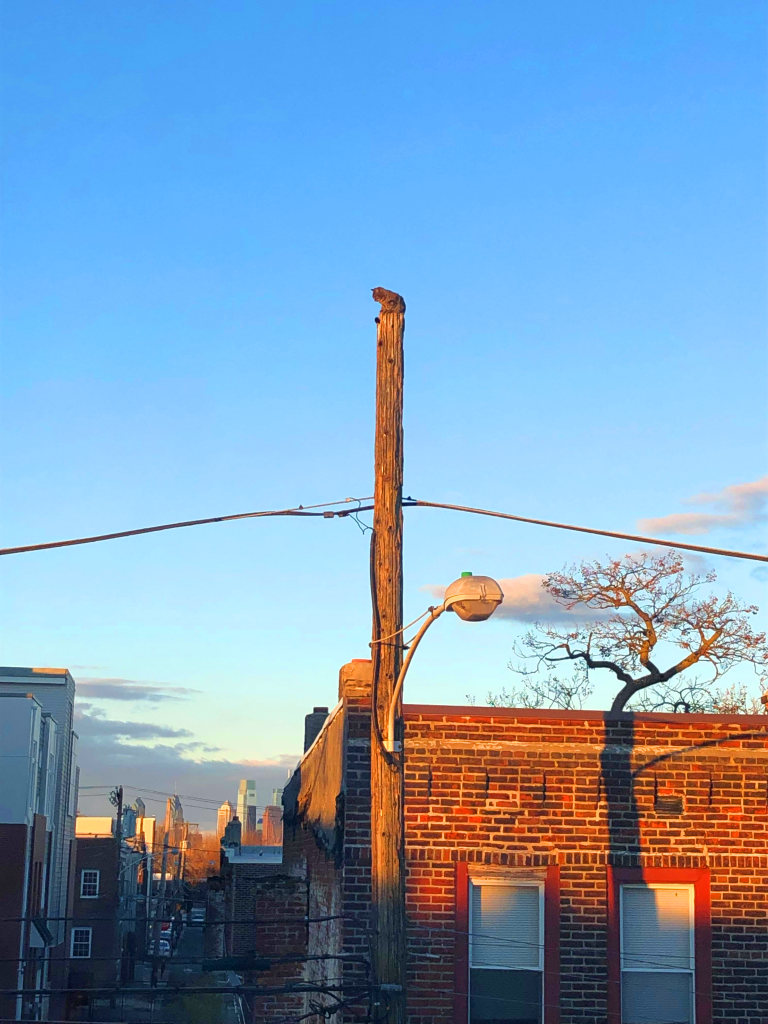 Princess Momma had a bird’s eye view for 12 hours.

Dawn broke with Princess Momma still clinging to her perch. Neighbor Amanda Boyce took to social media for help. Local animal activist Sandy Mcleish answered the call to help and quickly arrived on the scene. 911, ACCT Philly -Animal Care & Control Team of Philadelphia, the SPCA, and the fire department all declined to help. One neighbor even attempted to save the cat on his own.

As desperation mounted, Sandy Mcleish spotted a Verizon truck working on a project nearby and approached the workers for help. Twenty minutes later, not one but three trucks showed up! 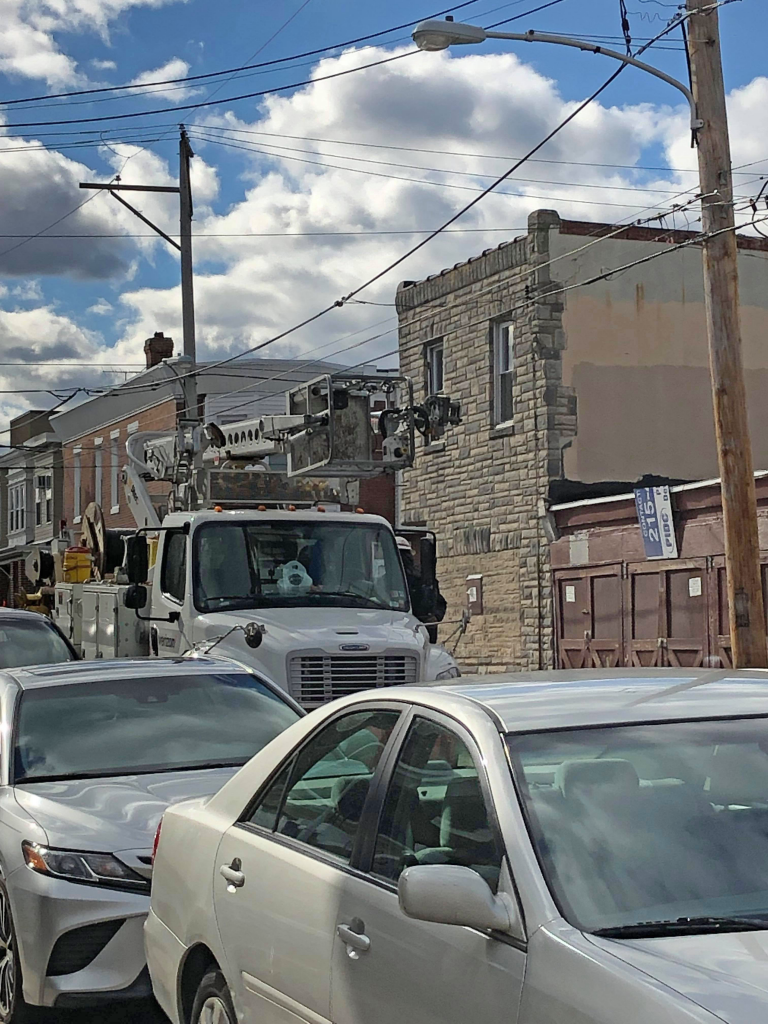 Verizon workers arrive on the scene

And at about 10:30 am, this dramatic  cat rescue happened, and Princess Momma was saved! Sound up! Yayyyyy!

The man who went up in the bucket to get retrieve the cat is Verizon worker Maurice German. 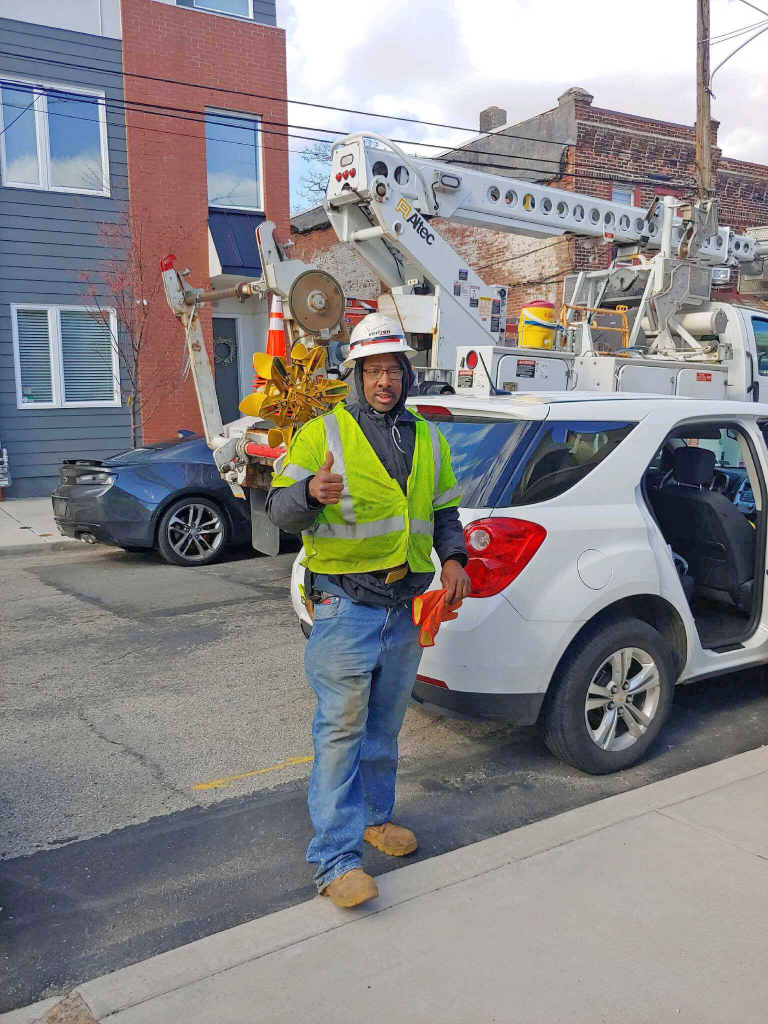 As Maurice German and Verizon were hailed as heroes, the video of the rescue was circulated online to let the neighbors know Princess Momma had been saved. Sadly, this earned Mr. German a 15 day unpaid suspension. Verizon cited safety violations and using Verizon equipment in unauthorized area. File under: let no good deed go unpunished. The neighbors created a Go Fund Me (now complete) to support Mr. German during his unpaid suspension. The Go Fund Me quickly  over three thousand dollars. Verizon continues to take a lot of heat from animal lovers for the unpopular action. In response, the have made a donation to the Pennsylvania SPCA .  Verizon should certainly be cheered for employing such outstanding humans and heroes

For her part, Princess Momma has declined all interviews. How she came to be perched on top of the forty foot pole remains a mystery. And just like the recent frozen cat rescue, this lucky lady is not talking. Local celebrity and cat rescue survivor Princess Momma is back living out her remaining eight lives. 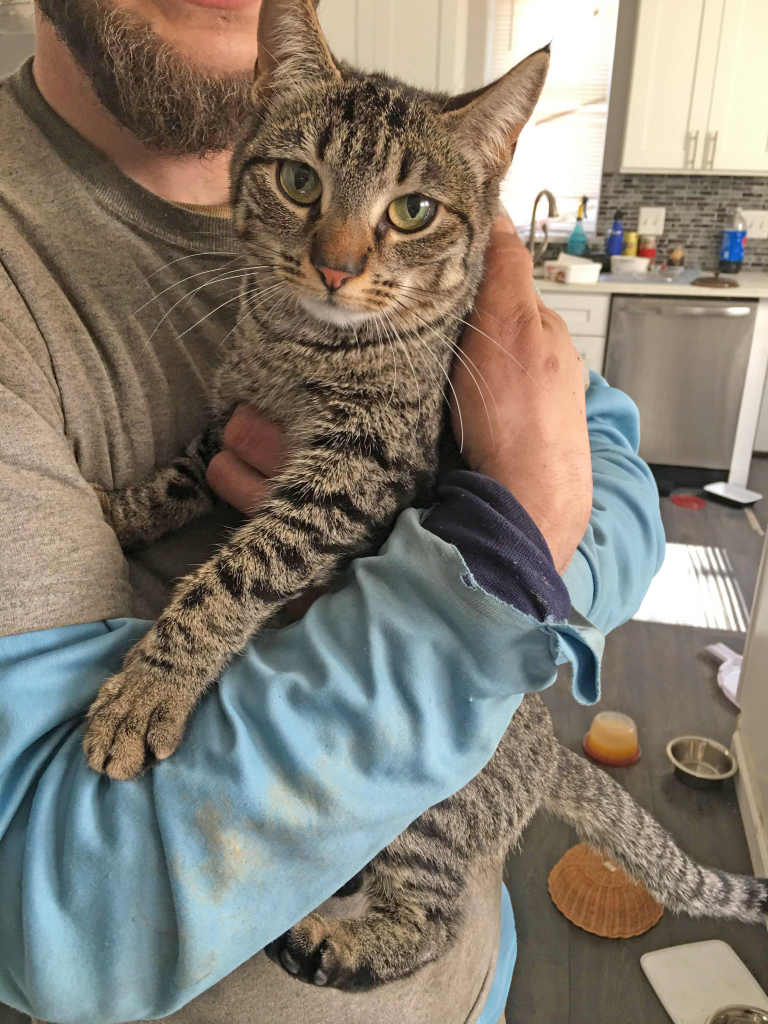 Where to Order a Cool Cat Face Mask Now to Help Save Kitties! Rep Your Rescue Love on Your Face!
The Great Reopening! Be First to Get Back to the Cat Cafe with Our Giant Roundup of Who's Open, What...
Teenage Cat Queen Looking for Worthy Human! Apply Now for Once in Lifetime Chance To Be Royal Consor...
Live at 6 PM! Cats Top the Hour Cohosting St Louis Nightly News! Sleeping Cats Win the Work from Hom...
All The Warm and Felines! We Have The Key To Your Lover's Heart: State-by State List of Cat Valentin...
Last Weekend to Visit Arkansas's Only Cat Cafe! Purr Catfe Closing on February 3, Starting New Cat R... 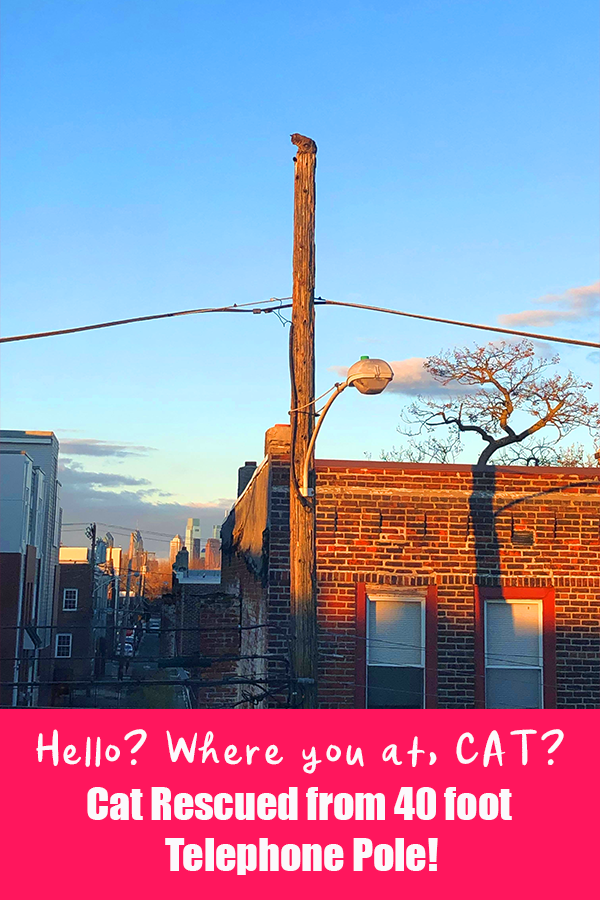